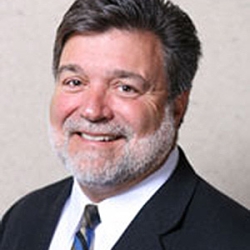 Since starting a general family dental practice in 1980, Dr. Giovannone has distinguished himself as a clinician by offering patients surgical dental implants and advanced reconstructive prosthetic treatment since 1986. His implant training includes Corevent Implant training (Zimmer implant systems) with Dr. Gerald. Niznick in Encino, California, in 1986 and a Certificate in Surgical Procedures (Branemark Implant System) from Northwestern University Dental School Center for Dental Implants in Chicago, Illionos, in1989. He has been a member of the International Congress of Oral Implantologists (ICOI) and the American Society of Osseointegration (ASO) since 1986. Since 1998, he has been a member of the Implant Prosthodontic Section of the ICOI (IPS).” Dr. Giovannone has successfully placed well over 2,500 implants since 1986.  In June of 2010 he completed the “Periolase MVP-7 LANAP” training for laser treatment of periodontal disease.

Since 1980, he has been an active member of the ADA, NYSDA, Fifth District and Oneida Herkimer County Dental Societies, as past president of the Oneida Herkimer County Dental Society in 1994 and past president of the Fifth District Dental Society in 2007. He is an attending dentist at Faxton St. Luke’s General Practice Residency Orogram, teaching prosthetic and implant dentistry since 1982 and is a Quarter Century Award recipient. He was inducted as Fellow of the International College of Dentist (FICD) in 1989.